In his novel Moby Dick, Herman Melville does not hesitate to weave complex webs of characters’ personalities, and his portrayal of characters is fascinating. Characters are often introduced in a way portraying them as wild caricatures, but as the narrator and the reader gets to learn more about these characters, we gradually see more to them than just the initial superficial poster image. When the character Queequeg is first introduced, he is portrayed as a primitive, savage man, and Ishmael is scared of him, “In fact, I was so afraid of him that I was not game enough just then to address him, and demand a satisfactory answer concerning what seemed inexplicable in him” (Melville 30). We see in this quote that upon meeting Queequeg, Ishmael doesn’t look past his initial appearance and doesn’t try to see what more there is to him, which only emphasizes the complexity of Queequeg’s character once we get to know him. Despite such a bizarre first encounter with him, Ishmael ends up being very close friends with Queequeg. 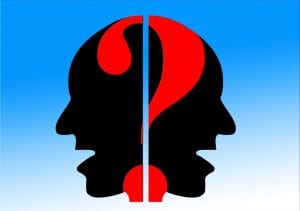 In this book, Melville also does an excellent job of using descriptive imagery. His word choice when describing something is the core of this book’s world-building; without it, the reader wouldn’t be able to fully grasp the events of the book. His use of descriptive imagery draws the reader in, and brings the world in which Ishmael is in to life. It makes it easier to follow along through Ishmael’s rambling, or to get lose in the world building of the enchantingly bizarre journey that Ishmael is embarking on in his quest to find fulfillment at sea.

From the get go, the renowned novel Moby Dick, by Herman Melville, is a fascinating read. The diction and sentence structure of the novel is from an age long gone, so it’s a little difficult to follow along at times. I found it perplexing, at first, but came to like it. This style of writing is what draws the reader in— it adds another layer of eloquence and thoughtfulness to the explained soul-searching of the narrator.

The diction and word choice of this novel is more complex than most other books I have read, but I think that’s what adds to the experience. At times, it feels like the narrator is rambling, completely broken off from the main subject, but this really pulls me in. By following along with the narrator’s use of anecdotes and descriptive word choice, the old world that this novel was written in comes to life in my mind. 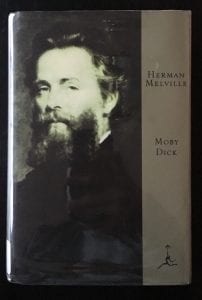